Nightlife in the City of Managua, Nicaragua 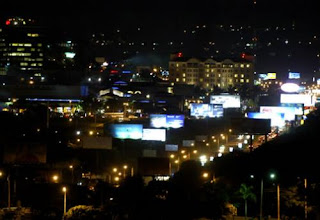 The bustling city of Managua is much like other large Central American cities that seem to come alive at night. I am not saying that it is anywhere near "dead" during the day, but the night seems to help relax its residents and visitors who just want to have some fun. Throughout the city, there are plenty of areas where bright lights, noisy clubs and packed discos spill out onto the streets. This of course includes the bars. Now this can either scare away visitors who may hide in the comfort of their hotel rooms or have them regretting the chance of taking an earlier flight home or taking a Nica Bus to Granada. But there are several great locations at night that show a unique and special side of Managua that is not only fun and exciting but memorable.


I tell all first-time visitors to Managua that they should always be aware of their surroundings at night and to make sure to travel in groups to stay relatively safe. I also remind them that they could just as easily get mugged in New York City as they would in Managua. So before going out, always ask yourself this question: "Would I walk down this alley in New York?" If the answer is no, then don’t do it in Managua!

When you do reach your selected destination, smile, enjoy your surroundings, have a ice-cold bottle of Toña or Victoria (this debate will be saved for another post), and just have an awesome time. I recommend the following places when visiting Managua at least for a few days whether on pleasure or business. 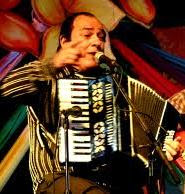 Before I continue on, I will mention that this important nightclub happens to be in every major guide book and rightfully so. It is truly an important icon that is really a must-see destination for anyone visiting Managua. Known as La Casa de los Mejía Godoy, it is one of the city’s most famous music venues owned by the world-famous brothers of Carlos and Enrique Mejía Godoy. Their well-known songs tell stories of the country’s revolution with overall themes of pure joy, horrible tragedy and stories of adversity. One of Carlos’ popular songs, Nicaragua Nicaraguita is an award-winning song that is considered by most to be the unofficial national anthem of Nicaragua. Both talented artists offer an entertaining show and their banter between sets have brought audiences (including myself) to tears. My last visit to the club was during the annual ceremony where the Godoy brothers presented special lifetime achievement awards to Nicaraguans who have made a difference in both local and national society. It was truly a memorable night filled with great music, laughter and tears. The venue is located just west of the Hotel Crowne Plaza. More information can be found at their website: www.losmejiagodoy.com 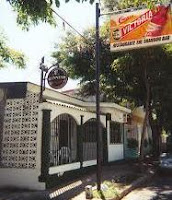 This next place is nowhere near the stature of La Casa de los Mejía Godoy, but it should be visited solely for its originality. It is known as the Shannon Bar. It is an Irish pub complete with an Irish owner who enjoys talking to customers about everything from the city’s past to the latest jokes. Although it is missing the full wooden décor of a typical Irish pub, it does include themed posters, an active dart board, and one of the only places to get a pint of Guinness in Nicaragua. During my first visit to Managua, I was invited to the bar by a long-time resident of Managua who spoke of it highly. After my initial sarcastic laughter about the place, it turned into true admiration. The facade is nothing to write home about but it's what’s inside that counts. It is located in the Barrio Martha Quezada just down the hill from Loma de Tiscapa (where the Sandino silhouette stands watch over the city).
Hipa Hipa

Located at Km 7.5 on the Carretera a Masaya is Hipa Hipa, one of the most popular nightclubs in the city of Managua. Established in 1998, it has two primary areas with two different DJs providing the latest hits: an air-conditioned dance floor and a terrace. Mention "Hipa Hipa" to residents and you will hear a wide variety of opinions that range from "Awesome Place!" to "Crowded and Noisy." But it still attracts men and women (mostly under 30 years of age) who come to be seen and dance the night away. It offers a wide array of delicious rums, local beer, and foreign top-shelf liquor as well as security guards who patrol the parking lot.
La Curva 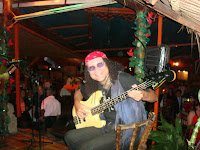 The final place is located on the corner near the pyramid-shaped Crowne Plaza. Named La Curva (The Curve) for its location on the Avenida Bolivar, it includes an open-air seating area and stage with a beach themed décor complete with thatched roofs and creaky wooden furniture. Although they do serve food (which in my opinion is just mediocre), the real reason to go there is to have some cold drinks on a steamy night and watch the variety of live bands perform. In fact, many musicians who have performed there have been band members of famous Nicaraguan groups who have toured the world back in the 1970s. Pictured to the upper left is one of Managua's well-known musicians, Julio Cansino, who once toured the world with a rock band in the 1980s and even composed the music for the historic fountain near the city's old cathedral. He was once a member of a band that included a lead guitarist named Tony Ferrari and yes, he was related to the famous car maker. Cansino is still very active in the Managua music community and currently performs regularly in two music groups: The Consequence Duet and the Grupo Sajonia, whose lead singer is Karla Matus, one of Managua's rising stars. I have had the privilege of watching these bands in both rehearsal and concert, and they are truly professionals. It is also always memorable to watch Spanish-speaking groups perform classics from Styx, Survivor, Queen, and the Beatles!
Posted by Sir Runner James