Interview with Director Anayansi Prado for the Film "Paraiso for Sale" 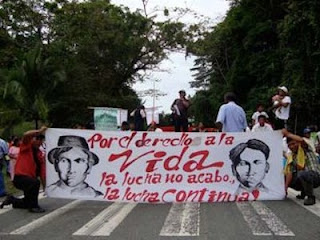 Anayansi Prado is a documentary filmmaker currently based in Los Angeles. Born in Panama, she moved to the United States as a teenager and received a Bachelor of Arts degree in Film from Boston University. Her debut documentary "Maid in America" focused on the issues faced by Latina domestic workers in Los Angeles and it was screened nationally on the PBS series, Independent Lens. Her second production, "Children in No Man’s Land" was screened in more than 30 countries. It focused on the issue of unaccompanied minors crossing the U.S./Mexico border. She is the recipient of the prestigious Rockefeller Media Fellowship and has received funding from other major foundations such as the John D. and Catherine T. MacArthur Foundation, Latino Public Broadcasting, and the Pacific Pioneer Fund.
"Paraiso for Sale" is her third documentary, which is slated for a world premiere at the 2011 Los Angeles Film Festival in June. Prado's film focuses on the beautiful archipelago of Bocas del Toro in Panama, which has attracted retirees and developers from the U.S. due to its crystal-clear waters, relaxed island culture, and the feeling of "getting away from it all."
Unfortunately, the population growth rate has skyrocketed to 150 percent more than normal without any regard to the rights of the indigenous people who have lived on the land for centuries. The film covers the issues from three different points of view: From an American couple who invested their life savings into a dream home, a local businessman who strives to create "change" by running for mayor despite his overwhelming odds, and the indigenous families who are being aggressively pushed out of their own properties.

Recently, I had the fortune of viewing a screener provided by Impacto Films. The film, to say the least, is powerful. It makes you contemplate the film’s slogan: "What price would you pay for paradise? And who would you be willing to take it from?" You will always question what your impact will be on a so-called "vacation destination" whether you visit for just a few days or indefinitely. As I learned more about Prado, I was impressed by her early success and her attitude toward controversial issues. She responded warmly to this blog interview, which follows.


JHN: When did you first decide that you wanted to be a documentary filmmaker?
AP: Well, as you know from my bio, I received my degree in film from Boston University. After graduation, my original plan was to get into screenwriting with the eventual goal of producing and directing fiction films. After I moved to Los Angeles, my primary mode of transportation was by bus and during those rides I saw many Latina women going to work as maids in various locations. After doing some research and talking to them, each hard-working woman had a very interesting story, which made me think ‘I should document this!’ The film, which was my first documentary, was called “Maid in America” and it was screened nationally on PBS. That was the beginning of this part of my career.

JHN: So you didn’t necessarily choose the genre, you simply stumbled upon it on your commute!


JHN: In your film, “Paraiso for Sale”, you provided an excellent combination of viewpoints, which really intensified the whole point of the film. The story of the American couple in the film was so heartfelt and genuine. How did you meet the American couple?
AP: Actually, during my visits prior to filming, I got to network with a number of expats on Boca. The couple in the film was not my first choice. My original couple was from Utah and they had also invested their life savings into land with the plan of building a house in Boca. But as their house was being built, a developer told them that he had the title to the land and they spent the remainder of their money fighting him in court. Then, they simply ran out of money. So the house wasn’t finished and they moved back to the U.S. Their story was extremely complex and heartbreaking. That is when I met the couple you see in the film, whose story is similar in the land and title issues, but their house was already completed. It was a pleasure getting to know them and they honestly wanted to help the community. They were very sad to leave Boca.
JHN: Yes, I felt for them. The situation must have been pretty bad on the island since they chose to relocate to another part of the country instead of leave the country entirely.


AP: Yes, their troubles were only on the island. They actually moved to another beautiful area on the Pacific Coast up in the mountains. They are very happy there. 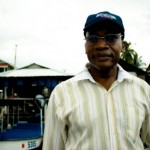 JHN: As I watched the film, I was hoping that Dario would win his bid to become mayor. The anxiety around counting the ballots came across in your film. He seemed so deflated by the end. Do you know if either he or someone else has pushed for any political change on the island?


AP: Well, by the time we see Dario at the end of the film, six months had passed. So, it is too early to know. Any type of election will be held approximately three years from now.

JHN: I was especially affected by the still photos in the film when Feliciano’s neighbor’s home was destroyed by the American who seemed thrilled to do it. Has there been any retaliation by anyone against the developers?

AP: Nothing. You have to understand that the people on Boca are generally peaceful. It is a beautiful island community that is small enough to walk from one end to another in about 20 minutes. There is no crime, except for an occasional burglary, but since the island is so small, they are caught pretty quickly. There is no drug problem and everyone deals with things peacefully. I am not saying that the rest of the country is like that. But as you saw in the film, the developers and Americans were pretty much the aggressors and the indigenous families were the unfortunate recipients.


JHN: What happened after the indigenous families blocked the road on the island and how did the protests end so peacefully? If you did that in the U.S., you would be put on a bus with a one-way ticket to jail.
AP: True! First of all, I want to mention that each of the road-block protests lasted between five and six hours. There was a lot of tension and the police and military would show up only near the end. Normally they would have arrested them, but they knew that we were there. They also knew that I was from Panama, but most importantly, I was from the U.S. So I told my cameraman to keep filming and they simply didn’t want to appear ugly because it would all be caught on film. The island councilman that Feliciano spoke with in the film did show up on those occasions and after a productive dialogue had begun, the road was re-opened. The dialogue was usually something like ‘Let’s go to my office and talk about your issues.’ This usually stopped the protests and temporarily satisfied everyone. But the police were taking pictures of our crew and they were very aware that we were constantly filming the situation.
JHN: According to the credits, Ruben Blades provided the music for the film. In the film, it appeared as if he was somehow caught in the system as “Tourism Minister” when he provided answers to a hostile crowd. Do you know if he was upset by these disturbing rates of growth in the area?


AP: Well, I only met Ruben during the time that I was filming. He was happy that I was covering the issues on the island and was more than glad to provide some of his music in the film. He is a very warm person, open-minded and he was thrilled to part of the film. As far as his feeling toward the issue, I think you should ask him instead because I would rather not comment. I believe his involvement in the film was the most that he could do, but again, you need to speak to him.
JHN: From your experience and knowledge, has anything changed since the film was made?


AP: It is pretty simple. Nothing. Well, it is too soon to say because the film has not been screened publically yet and elections for any type of change will not be held for another three years. I do know that the land-title issues are still occurring and the developers are still eyeing the area.
JHN: According to your bio, you will be teaching filmmaking in Burma and Paraguay, any plans to make another film in the meantime?


AP:  Well, I just finished teaching in Burma. I spent one month teaching a documentary workshop through the U.S. Embassy there. It was the first of its kind in Burma and I had 16 students in the workshop that produced four very good documentaries and shorts. I will be departing soon for Paraguay and again, it is through the U.S. Embassy for about a month. I look forward to it and it has been a great experience for me.
JHN: Any quick advice for other aspiring documentary filmmakers out there?
P: My advice is to be incredibly passionate about every project from beginning to end. Yes, there will always be issues that range from everyday financial needs to other ups and downs that make you feel like giving up. But be determined and always be committed to the very end! Be flexible in your goals and never give up.
JHN: Other than the premiere at the L.A. Film Festival this weekend and your trip to Paraguay, what is your next project?

AP: Well, I am currently in the early stages of my next documentary. I am working with an amazing Panamanian director, Abner Benaim, on a documentary that focuses on the collective memory of people in Panama who remember the U.S. invasion in 1989. If you read the history about the invasion, the U.S. offers a different story compared to the Panamanian government. But what is most interesting is that the people in the film also have their own stories that are very different from both the U.S. and Panama! The film is called “Where Were You?” and we have received funding from some Latin American countries but not surprisingly, none from the U.S. So if you know of a generous U.S. foundation, please let me know!
JHN: Well, I look forward to viewing that film as well! Thank you so much for taking time for this interview and have fun at the L.A. Film Festival this weekend!
AP: Thank you very much and take care.