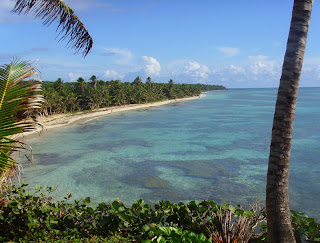 When it comes to Caribbean islands, most tourists probably picture destinations such as Jamaica, the Bahamas, or the Virgin Islands. But located off the coast of Nicaragua in the Caribbean Sea are a pair of islands that are still relatively untouched by the need for luxury resorts and busy cruise-ship ports. It is surprising since another set of islands called the Bay Islands are located just a few hours north, off the coast of Honduras. Those islands include Roatán, which does have busy cruise-ship ports as well as direct flights from Houston, Miami, and even Milan! Hopefully, these Nicaraguan islands will not elect to participate in that level of tourism. 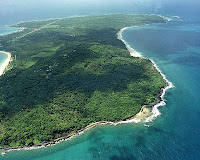 The Corn Islands, or more appropriately known as Las Islas del Maíz, consist of Big Corn Island, which covers an area of only 2.3 square miles and the 1.5-square-mile Little Corn Island. The pair are located approximately 50 miles northeast of the city of Bluefields on the eastern coast of Nicaragua. Unlike most of the Spanish colonial towns on the mainland, the Corn Islands includes characteristics more associated with the typical Caribbean islands such as turquoise-blue waters, sugar-white sands, coconut palm trees, and reggae music wafting in the air. For me, the islands are a wonderful escape from the busy world and a place where anyone can truly feel like a "castaway." 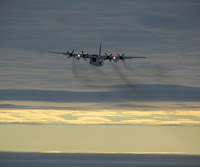 The past of the Corn Islands sounds like something out of a pirate legend. Due to the isolated location of these islands, they once served as frequent stopping points for both British and French pirates as well as roving buccaneers in search of treasure. In fact, several known shipwrecks are scattered just off its shores, which are now popular diving areas. After some research, I discovered that since the late 19th century, the governments of both Nicaragua and the United States had claimed the Corn Islands as their territories and the islands bounced between the two countries for approximately one hundred years. With the expiration of the latest arrangement, the islands are now officially part of Nicaragua. But to quell the drug traffic in the more isolated regions of the islands, the U. S. Coast Guard still keeps a watchful eye (as seen in the photo above).
After the British departed from the region in the 18th century, many of the former African slaves (who the British had brought to both the island and the coast of Nicaragua) remained. Their culture, infused into the local lifestyle, can be seen in everything from the local traditions, music, food, and dance. Even the names make you smile with locations such as Sally Peaches and Coconut Point. In fact, after my arrival to the island, the friendly driver of my taxi had a last name of Morgan, which brought to mind a possible connection to some British or pirate descendant. The taxi fare was only C$15, which is less than US$1.

Getting to Big Corn Island: There are two methods of transportation to the islands: by plane and by boat. For those who have more funds set aside for air travel (approximately US$175), there are two daily flights that depart from the Augusto Sandino International Airport in Managua on two different airlines: Atlantic Airlines and La Costeña Airlines. Both airlines use small, propeller-driven planes that provide a fairly rough ride that lasts about 90 minutes. In my opinion, after I watched one of the La Costeña planes depart Managua, I was glad that I booked a flight on Atlantic Airlines instead. In my opinion, the Atlantic planes appeared to be a bit more modern. I will never forget what the pilot said after landing: "Welcome to La Isla de Corn Island."
For those who have less travel funds but more time, there are ferries that depart from Bluefields and arrive at Brig Bay, which is Big Corn Island’s main port. The four- to six-hour trips cost around C$200 and occur approximately three times a week. The schedules vary dramatically due to the choppy seas so always check before planning your trip. My choice is the five-hour Bluefields Express (named the Río Escondido) that departs at 9 a.m. on Wednesdays and makes one stop in Bluff before continuing on to Brig Bay. In addition,  transportation to Little Corn Island is provided by small boats (called pangas) that leave Brig Bay . The 18-mile journey takes approximately 30 minutes. 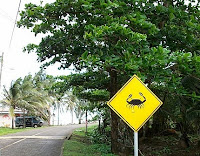 Getting Around the Island: One of the best aspects about Big Corn Island is its overall size. By way of its 7.5-mile road that circles the island, all of the  main attractions can be easily explored on foot. Other modes of transportation include taxis (with set prices of C$15 anywhere on the island during the day and C$20 at night), micro-bus transportation (only C$6), motorcycle rentals (around US$30 a day), and even golf carts! The golf carts in my opinion were a little too Floridian for me. I personally enjoyed watching the micro-bus drive by with the reggae music blaring from its open windows. 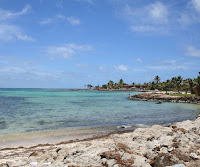 Beaches and Snorkeling: Southwest Bay is one of the best areas for swimming and it also includes spectacular white-sand beaches that are so secluded that you start to wonder if you have really been stranded on a deserted island. Picnic Beach also gave me the same feeling because I didn’t see a single person. Now this could be either your version of paradise or a place you would run screaming away from in order to return to civilization, find your cell phone, and update your Facebook status. So keep this in mind.
As far as snorkeling, you can do it anywhere around the island but some of the best snorkeling spots are located at the northern end. There you will find Anastasia’s on the Sea (www.cornislandresort.com), which is a combination hotel, restaurant, bar, and marine park. This park is especially designed for snorkeling and it provides rentals for masks, snorkels, and fins for as little US$3 per hour with an even better deal of US$10 for the whole day. The whole reef system actually extends as far as Belize! 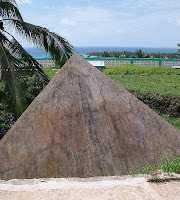 Hiking to Pleasant Hill: I am always one for hiking to any summit of a country and although this 371-foot summit is relatively small, it includes excellent views of the surroundings. Located at the summit is a strange pyramid that couldn’t seem more out of place. It sits there looking like something that was dropped from an alien spaceship long ago and it confuses many visitors. Fascinated by this strange monument, I had to check out its origin. It turned out that it was one piece of an Earth-sized sculpture created by artist Rafael Trénor that represented one of the corners (or vertices) of a global cube. According to The Soul of the World (www.souloftheworld.com), "The vertices of the Cube emerge at eight antipodal points on the surface of the Earth. Each of the vertices will appear in the form of a pyramid having three faces." In other words, place a three-dimensional cube inside the Earth and its points will align to specific locations around the globe. Big Corn Island just happens to be one of the eight corners. Yes, the Truth IS Out There.

Food: When visiting the island, one of the staples of the local cuisine is Rondón, which is a rich Caribbean-inspired dish that must be enjoyed once before leaving the island. You will have to ask in the restaurants or know some locals, but it is worth the effort. The name originated from the term meaning "Anything the chef can run down" and it consists of yucca, green plantains, dumplings and extra ingredients such as fish, shrimp or lobster all slowly cooked in coconut milk. Yum!

Accommodations: Finally, since tourism is still being developed on Big Corn Island, you can still find an overnight stay in a family-run accommodation (or hospedaje) for less than US$10. There are no luxury hotels and crowded tours, and the nightlife is almost non-existent. But that is what makes the island special. The friendly residents seem fascinated by outside visitors and they welcome them with warm smiles. It is one of the best locations in the country that is still untouched by mass tourism and I certainly hope it stays that way.
Posted by Sir Runner James