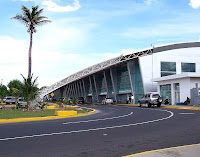 All international flights into the country arrive at the Managua International Airport, also known as the Augusto Sandino International Airport. When entering customs at the airport, all foreigners are required to pay a US$10 entry fee, which was increased from US$5 in July 2010. This fee is only accepted in cash in either U.S. dollars or Nicaraguan córdobas and exact change is expected. After payment, a tourist card is offered in addition to the passport stamp.
In regard to passports, all visitors to Nicaragua must have a passport that is valid for a minimum of six months after the date of entry. Citizens of the United States, Canada and the European Union are automatically given a tourist card that is good for up to a 90-day stay. Travelers from the following countries are required to have a visa to enter the country: Afghanistan, Albania, Angola, Armenia, Bosnia and Herzegovina, China, Cuba, Ecuador, Ghana, Haiti, Iraq, Jordan, Lebanon, Liberia, Mali, Mozambique, Nepal, Nigeria, North Korea, Pakistan, the Palestinian National Authority, Romania, Sierra Leone, Somalia, Sri Lanka, Sudan, Syria, Vietnam, and Yemen.
If you wish to stay longer than the 90-day allowance, extensions can be requested (but not always granted) at the Office of Immigration in Managua. These extensions are valid for only one month at a time and cost US$25. To avoid the additional monthly costs as well as the overall hassle, my suggestion is to cross the border into either Honduras or Costa Rica and return after 72 hours. This way, you will receive a new stamp for another 90-day stay and a fresh start.

After you leave the baggage claim area, head toward the exit and try to walk with a purpose. I say this because there is an attendant standing there who can stop anyone just to check your bags. This has only happened to me once and it was during my first time when I appeared somewhat aimless. If you are stopped, don’t worry, you won’t be sent back with a one-way ticket. The attendant will just check any bag in question and then you will be on your way.

Taxis: If you have a hotel shuttle or regional transportation shuttle reserved, then you will be all set because most drivers will be standing there waiting for you at the exit. For those who plan to stay in the city of Managua at a hotel without a shuttle, there are plenty of taxis available just outside of the airport doors. Always make sure to ride a taxi that has a red-bordered license plate, since these are the country’s officially registered taxis. If you choose a taxi without this type of designation, you put yourself at possible risk since there have been stories of unofficial taxis taking visitors away to unknown locations in order to rob and assault them. If your flight arrives too late and there is no choice but to stay overnight, there is the Best Western hotel conveniently located right across the street. Just be careful when crossing the street because the highway is wide and the drivers race by at incredible speeds!

Finally, there are four more categories of information that all first-time visitors should know about the country: Climate, Currency, Safety, and Holidays:

Climate: Like other Central American countries, the climate is primarily tropical. It switches between two overall seasons: winter and summer, otherwise known as "dry" and "rainy." The weather during the dry months of November to April can be especially hot in the lowlands near the Pacific. The rainy season occurs between May and October and it certainly lives up to its name due to the daily downpours. Actually, the rains are especially welcome when the heat becomes stifling. The best month during the dry season is December, which is perfectly timed to welcome the majority of the country’s tourists during the holiday season.

Currency: The currency in Nicaragua is known as the córdoba, which is named after the founder of the country, Francisco Hernández de Córdoba. The U.S. dollar is generally accepted everywhere, but be prepared to receive córdobas in change, which is actually a convenient way to get more currency without going to the bank. In many large department stores, you will see prices quoted in U.S. dollars. The exchange rate does vary but in general, one dollar equals approximately 20 córdobas (for easy calculation). Also factor in that the sales tax is 15 percent.

Safety: Based on my conversations with those interested in traveling to Nicaragua, one of the "myths" about the country is whether it is safe. Although the violence occurred back in the 1980s, some people still believe that the fighting is still going on. On the contrary, there is nothing but a country peacefully trying to grow and move on. Like other Central American countries, it is attempting to capitalize on tourism (which it should) and move forward as a peaceful nation. Yes, there are pockets of crime much like the larger cities back home, but it is minimal. You just have to have common sense when traveling and just know where you want to go before you leave. Never travel aimlessly down unknown streets or questionable areas and do not differentiate between the congested cities or the small towns in the country, because the same rule should apply at all times.

Holidays: I mention the following holidays only because many businesses will normally be closed on these days. The population of the country works incredibly hard and they take their holidays very seriously in return. These holidays are usually timed with some type of festival or event that makes many of the country’s cities and towns unique: