Exploring the City of Tela in Honduras

Every country in Central America has its list of special destinations that every visitor should see that range from lush, tropical rain forests to ancient structures built by the hands of indigenous tribes. But when it comes to beaches, the city of Tela, located on the northern coast of Honduras, is something special. Situated on the Bahía de Tela between the busier cities of San Pedro Sula to the west and La Ceiba to the east, the city offers everything that you could want when it comes to "getting away" from it all: white-sand beaches, beautiful blue waters of the Caribbean Sea, warm breezes, and views of lush green mountains to the south. Best of all, there is an overall slower pace of life that makes you forget about the rest of the hectic world. 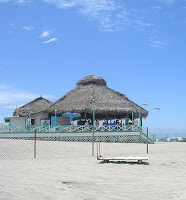 This pace is seen in everything from the tourists who come to forget about their troubles at the beach-bar El Delfin (pictured to the left) or the Garífuna women selling delicious baked goods as they walk gracefully through the white sands.  The long stretch of beach itself is one to be truly enjoyed. Although it is one of the more popular beaches in the country, you can barely tell. Yes, there are beach-side bars and restaurants with music drifting out onto the sand. Yes, there are vendors combing the beach for their next sale. But there are many open spots to sit and soak in the sun and the waters always seem to be perfectly warm. At times you almost forget that you are in Honduras and are somewhere else further out into the Caribbean. One exception is during "Holy Week" (the week between Palm Sunday and Easter) when thousands of Hondurans from all over the country invade the city to party, enjoy the beach, and swim. So plan accordingly. During the rest of the year, expect the city to transform back into its sleepy location.

United Fruit Company: Aside from the beach, Tela was known for its important roles as the banana producer and main port for the United Fruit Company from 1860 to 1976. During this 116-year period, the city has seen its share of prosperity, growth, and even tragedy. One of its most difficult periods was after 1912, when a large land concession was given to the Tela Railroad Company. This agreement helped monopolize the banana plantations and caused considerable social and economic changes to the region. After 1976, Tela has grown steadily with a primary focus on tourism, even though the surrounding lands are still used for agriculture and cattle ranching. The old railroad building is empty, the former residences of the banana executives are now part of a hotel, and the old wooden port that once delivered tons of bananas onto waiting ships is now quiet. These abandoned structures sit as reminders of an industry that helped form this city long ago. 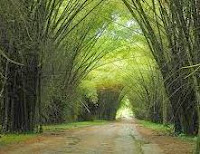 Jardín Botánico Lancetilla: One of the best "gifts" to Tela from the United Fruit Company was its former gardens. Also known as the Lancetilla Botanical Gardens, it is now the second largest botanical garden in the world. It contains more than 1,000 different varieties of plants, each meticulously organized by name, origin, and description. The garden is also home to hundreds of tropical birds and it is an amazing experience to hear all of their different calls as you go further into the garden.

Parque Nacional Jeannette Kawas: Located on the western side of the Bahía de Tela is this national park also known as the Jeannette Kawas National Park.  The park is almost overwhelming with beauty and natural wildlife. Its main attractions are secluded white-sand beaches, thick jungles, and the Micos Lagoon, which is home to more than 350 different species of birds (during the dry season of December through May). It is accessible only by boat and it takes about an hour to get there. In Tela, there are several tour companies that can take you to the area, but if you get to know some locals, they will happily recommend plenty of boat captains ready to be your guide (for a negotiable fee). Overall, the best aspect about the park and the peninsula is the moment when you are standing on a secluded beach feeling like the only person in the world.

Amidst the beauty of the location, it is not unaffected by tragedy. Jeannette Kawas was a Honduran environmental activist who was assassinated in 1995 because of her work to stop illegal deforestation in the Tela region. The Center of Justice and International Law (CEJIL) states, "Days before she was assassinated, Jeannette organized a march in the city of Tela to protest the initiative of the government to grant property deeds in the Punta Sol National Park. On Feb. 6, 1995, two armed men approached her house and shot her as she prepared for bed. No one has been arrested for the crime." In April of 2009, the Inter-American Human Rights Court condemned the country of Honduras for violating the human rights of Jeannette Kawas and ordered that the families be compensated and a monument in her name be placed within the park.