Exploring Roatán in the Bay Islands of Honduras

Located approximately 35 miles off the northern coast of Honduras is one of the country’s top tourist destinations: the Bay Islands. Also known as the Islas de la Bahía, the string of three islands consists of Roatán, Utila, and Guanaja, which all include turquoise-blue waters and abundant marine life. The combination of these two characteristics have transformed this former remote location into an international travel destination known for its water activities that range from diving in the largest barrier reef in the Caribbean Sea to swimming and snorkeling just feet away from white-sand and untouched beaches.
Much like the majority of other Caribbean islands, the Bay Islands were originally inhabited by several indigenous tribes until Europeans arrived. In this case, Christopher Columbus claimed the islands in the name of Spain on his fourth voyage to the region in 1502. For the next two centuries, the British and the Spanish battled for control of the area and primarily used the islands for safe harbor, food and supplies as well as slave trading, which caused a considerable drop in the indigenous population due to their forced involvement. By the 19th century, both the Garífuna people and the former slaves arrived on the islands to begin a new life there. Today, this combination of cultures with the overall relaxed atmosphere is what makes the Bay Islands special. When visiting, you will find many Americans and Europeans who had originally planned to stay for only a week or two but eventually chose to stay there permanently.

The majority of visitors generally travel to Roatán by cruise ship or by air. From North America, TACA airlines provide direct flights from Miami and Houston, Delta airlines from Atlanta and Continental from Houston to the Roatán International Airport. The airport is approximately two miles east of Coxen Hole on the southern side of the island. Within Honduras, Isleña Airlines offers daily flights from Tegucigalpa, San Pedro Sula, as well as La Ceiba. 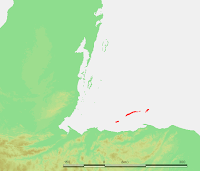 Roatán, the largest of the Bay Islands, is approximately 30 miles in length and only three miles wide at its widest point. But there are plenty of locations to explore. Keep in mind that tourism can drive up the prices considerably, especially near the cruise-ship ports and luxury resorts. But there are still a number of great locations to explore and smaller towns that still provide a feeling of how things used to be before mass tourism became part of the island’s image.
Destinations on Roatán
Since Roatán is the largest island, it also has the largest population. It consists of two municipalities: Roatán, and Jose Santos Guardiola, which is named after the former president of Honduras. There are a number of towns scattered primarily along its western and southern coasts with much of the tourist development in the western portion. If you do make it to the eastern region near Port Royal, there are hidden gems that are surprisingly still untouched by tourism. Coxen Hole is the largest town on the island and it serves as the home of the government offices, the international airport, and the major cruise-ship ports. Due to these factors, much of the businesses focus only on the tourists who disembark from the ships. At peak times, the narrow streets are packed with visitors and street vendors offer their highest prices. My suggestion is travel to any these other locations and only stay in Coxen Hole if necessary:

West End - Located on the western edge of the island nine miles from Coxen Hole is one of the most popular towns for visitors due to its calm and clear-blue waters and Half Moon Bay, which includes white-sand beaches and a variety of hotels and restaurants that are just steps away from the Caribbean Sea. This is also the home of the island’s best dive centers , which offer trips to the offshore reefs. For kayakers, the "Sea Breeze Inn" offers decent rates of around US$12 for half-day rentals. With its primary view toward the west, the bay is the one of the best locations to view the spectacular sunsets.
West Bay - About 1.5 miles southwest of West End is another amazing stretch of white-sand beach. You can actually walk there in just under an hour and it is a retreat for those who find the West End still too busy for their taste. But this is slowly changing since there are hotels being built at a rapid pace. So make sure to enjoy it while it lasts!
Sandy Bay - Located approximately four miles from Coxen Hole on the northwestern tip of the island, the relaxed town also includes miles of clear-blue waters and white-sand beaches. Aside from the beach, one of the best reasons to come to Sandy Bay is to visit the Roatán Institute for Marine Sciences that researches dolphins and other marine life.  It also offers affordable daily dolphin shows and for a additional fee of approximately US$100, you can even swim with the dolphins. It is located at Anthony's Key Resort, which is a 56-room luxury resort situated on a private key.

French Harbour -  If you head east of Coxen Hole about seven miles, you will run into French Harbour, the second largest town on the island. It is an active business center that is home to one of the largest grocery stores on the island (Eldon’s) as well as a number of banks, real estate offices, and one of the largest fishing fleets in the Caribbean. For visitors interested in iguanas, there are approximately 3,000 of them at the Iguana Reserve. You will also find chain restaurants from the United States such as Wendy's and Applebee's, just in case you get tired of the delicious Caribbean food.

Punta Gorda - Located north of Oak Ridge on the northern coast of the island, this town is definitely worth exploring because of its Garífuna settlement that dates back to their arrival in the late 18th century. The residents still speak the Garífuna language and focus on the natural preservation of its culture, delicious food and music. Since most of the tourist activity is centered on the island’s western portion, this area can be fairly quiet and nice.

Port Royal - This village is located in the Port Royal Park and Wildlife Reserve, which is the largest wildlife refuge on the island. It was established in 1978 to protect the endangered species on the island such as the yellow-naped parrot. Unlike the western tip, this eastern area consists of mangrove swamps for variety of scenery, just in case you get tired of the white-sand beaches.